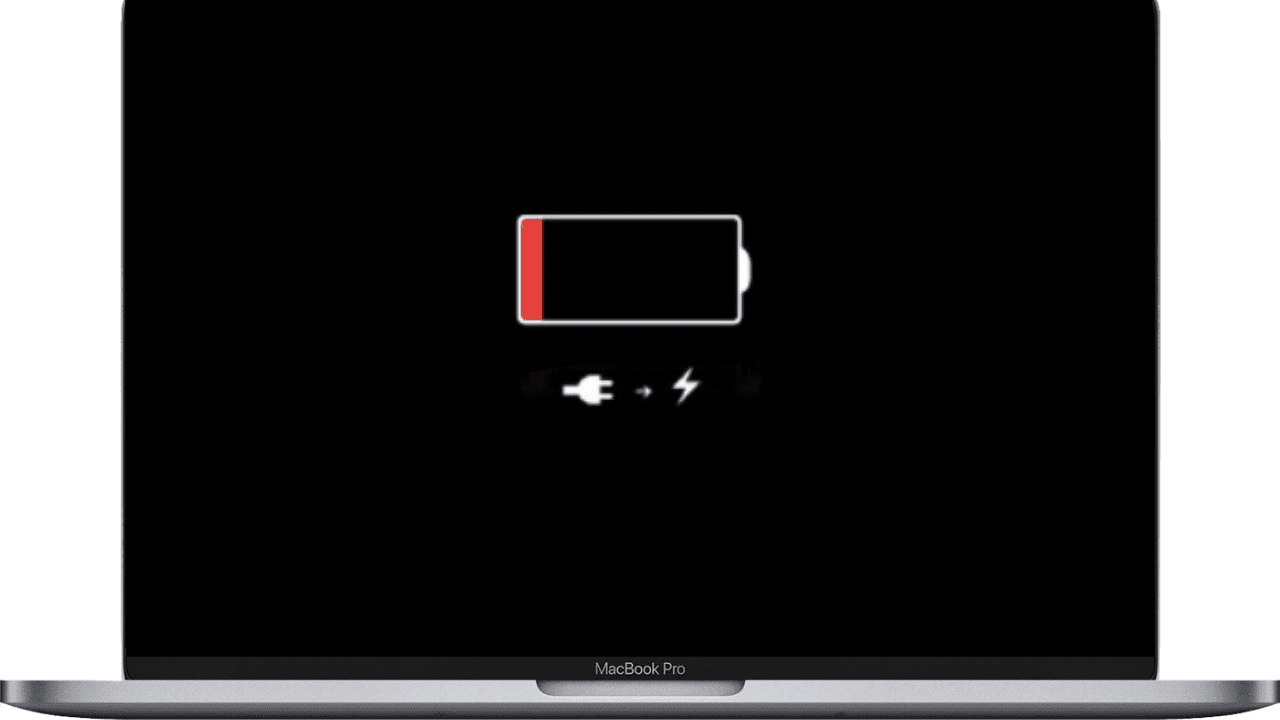 There is a reason behind the black X being displayed on your Macbook laptop. Apple batteries have a chip inside to charge more effectively and report the actual percentage charge remaining to the operating system.

In addition, the code on the battery’s processors controls when to cease charging to avoid overheating. This is possible with the high-capacity lithium polymer batteries included in the MacBook, MacBook Air, and MacBook Pro laptops.

Static charges can accumulate inside the computer’s circuitry, causing the signal transmission to be hindered. As a result, Mac OS X may experience unexpected behavior when charging the battery. This is due to a firmware or SMC upgrade, resulting in an inaccurate battery charge status being shown to Mac OS X. This is one of the reasons you see a black X in the battery icon of some Macbook models.

We’ll go through the signs, causes, and solutions to the black X on Macbook laptops, as well as some helpful hints.

Why is your MacBook’s battery icon black X?

A black X in the menu bar indicates that the battery is not detected. A problem might be caused by the battery or by the logic board.

It would not start up or operate properly when you tried to switch on your Mac without the power chord plugged in. The MagSafe power cable retains its red color. The battery indicator displays a black X, and the LED light on the power adapter does not illuminate.

Even though it claims the battery is not installed, you may still use your MacBook without it being hooked up to a power source.

Green and amber mag safes are followed by a black X, which indicates that no battery has been fitted.

If you notice a magnifying glass with a steady amber glow, it means the profiler indicates that there is no battery installed but that a charger is connected.

If the first LED flashes for 5 seconds before turning off, it means the battery has not yet been fully charged to the level necessary to power the single indicator light on the dashboard. Check to ensure that the MagSafe adaptor is correctly attached.

If the current charge is represented by LEDs that flash five times and then fade, it means the battery is charging; however, it is not fully charged.

Now, if all of the LEDs flash five times, it is necessary to replace the battery.

If the LEDs flash five times from left to right and back again, then the battery is either not inserted or detected by the computer. Check to make sure your battery has been inserted appropriately.

What are the possible reasons for this black X?

It could be for software-related reasons. This will require updating the operating system or firmware, hacking the battery’s firmware, or supporting software.

If it is hardware-related, the battery slowly drains its power until it dies when you close the lid. For example, this can happen if you spill something on it or close the cover when the Mac is asleep.

The battery’s connector has lost connection, or the battery cable has been broken, indicating that the motherboard has failed.

What are the possible solutions to the black X on the MacBook battery icon?

If you have a MacBook Pro running 10.4.11 or 10.5.1, check for the battery update 1.3. If it’s 1.3, delete it and reboot. After rebooting, you may empty the trash and run a software update to install the latest battery update. Then, reboot the SMC (System Management Controller). This may or may not help. However, the 1.3 upgrades have created issues for some.

Apple Support has the latest firmware update for your OS X version.

Resetting the SMC will remove numerous power-specific choices and customizations added to OS X via System Preferences, such as auto-dimming based on lighting and power sources, screen sleep behavior, and sleep while idle. So you’ll have to redo the minor power tweaks.

After completing any of the steps mentioned earlier and noticing a noticeable change, you should calibrate your battery. This entails charging the battery, emptying it, and recharging it. This may sound unpleasant, but it’s worth doing if your battery only retains a 50% charge.

Also, the battery has to be re-calibrated periodically to maintain the onscreen battery time and display percentage correctly, and the battery is running at optimal efficiency.

Why is my Mac connected but not charging?

You should double-check the electrical outlet. If the power outlet is functional, plug in your USB-C power adapter and attempt to charge your Mac with it. If your Mac refuses to charge, shut down your computer for 30 seconds before opening it and trying to charge your computer again. Alternatively, if you are not using a Mac with Apple silicon, you should reset the SMC.

Why is my Mac discharging while charging?

You should shut down the laptop and unplug any third-party devices you may be using. You must wait 30 seconds before you can turn on your computer. After resetting the PRAM, you should check whether you need to reset your startup disc and sound preferences. Next, test in safe mode to see if the problem remains, and then usually restart to see if the problem persists.

Can MacBook be used while charging?

You may continue to use your MacBook during both charging sessions as usual. However, Apple does not suggest it since it is not particularly good. The battery life will most likely be inadequate due to this action. At least once a month, the battery should be used while calibrating the battery to ensure that it is functioning properly.

How do I reset my Mac’s battery?

To begin, connect the power cable and then press and hold the Shift + Ctrl + Option/Alt keys, and the power button, for at least 10-12 seconds to get the computer started. After that, release all the keys on your keyboard and push the power button to restart your MacBook.

Why is my Mac dying so quickly?

Some unneeded programs and features operating in the background on your MacBook may be to blame for your MacBook’s battery draining too rapidly on macOS 10.14. When not in use, disable features such as Bluetooth, Wi-Fi, external USB, and other similar technologies.

When storing your gadget for a long time, two elements will impact its general health: the ambient temperature and the battery’s charge percentage.

Charge or drain your device’s battery only to about 50%. Stored devices can develop a deep discharge condition, which makes them unchangeable. If you keep it fully charged for too long, the battery will lose capacity and life. You should shut off the MacBook laptop to save battery life. Keep your device at or below 90°F (32°C), then recharge your computer by 50% every six months if you want to store it for longer.