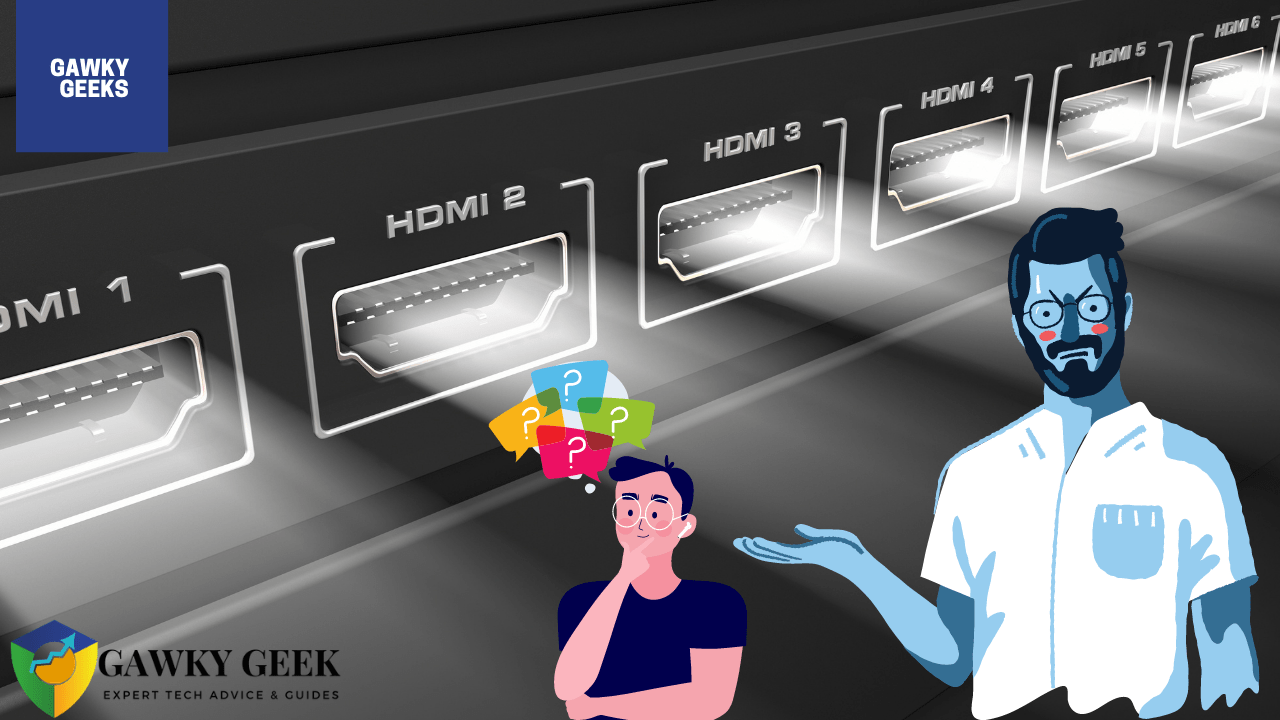 Computer audio and video ports play a huge role in connecting devices to seamlessly transfer media files between the source and output medium. But, which computer port transmits uncompressed audio and video without compromising the final render’s integrity or quality?

HDMI ports on your computer can transmit uncompressed audio and video simultaneously without affecting the video or audio quality. HDMI can transmit digital video signals and digital audio signals from one device to another. However, HDMI ports support wide-ranging formats of video and audio formats. That’s why if you are going to use an HDMI cable to handle media files in the format that it supports, you need to have a device that can support that particular HDMI standard.

You can check the device’s manual for the kind of video formats that it is able to support.

With HDMI cables, the maximum cable length is not exactly defined. However, you need to choose a cable that performs really well. The chosen cable should be able to produce signals accurately even in extended distances.

It is also recommended to bae repeaters or amplifiers if you want to transfer data over a distance of about 10 meters. This helps to boost the signal. On short distances, HDMI cables work very well to transmit the required signals.

Almost any kind of device that has HDMI is able to support uncompressed stereo LPCM audio.

All the other kinds of formats will depend on the hardware that you are using.

HDMI supports 8 channels of both compressed as well as uncompressed audio signals. Therefore, this helps to give you access to almost all kinds of audio formats.

If your hardware can support other audio formats, including FLAC, WAV, and ALAC, these will also be there. You can check the documentation for your device to check what other formats will be available.

Is HDMI Compatible With DVI?

Yes, HDMI is compatible with most kinds of DVI except for DVI-A. To send video signals between HDMI and DVI devices. You can use an HDMI to DVI cable for this.

However, this will not be able to send audio. Therefore, you will need to have a separate cable or connection to send sound.

This connector has also been defined in HDMI 1.0. It contains 29 pins. It is also compatible with a dual-link DVI-D and comes in dimensions of 21.2mm x 4.45mm.

The mini connector has been defined in HDMI 1.3 specification. It has 19 pins and it is mostly used in portable devices. You can connect to type A using a converter cable.

Just like the micro connector, this was also defined in HDMI 1.4 specification. This comes with a locking tab that gives it a secure and firm connection. It also has an adapter that allows you to connect it to other connection types.

HDMI is available in a lot of different versions. These are explained below:

HDMI 1.0: This is the first version of HDMI. This transmits standard and HD video signals. It is also capable of transmitting uncompressed audio in up to 8 channels. It has data transfers of you to 4.9 Gb per second.

HDMI 1: This version of HDMI is able to support DVD audio.

HDMI 1.2 and 1.2a: These are able to support some audio formats like SACD in up to 8 channels. It also has Consumer Electronics Control support.

HDMI 1.3: Increased bandwidth to 10.2 Gb per second. This has higher bandwidth. The bandwidth has been increased to 10.2Gbps. The color is also improved and provides color depths that are more improved. It also has lip-sync technology so that the picture and the sound are well synchronized. This also supports streaming in definitions such as DTS HD master audio, Dolby TrueHD, and more.

HDMI 2.0: This also has a higher bandwidth of 18GB per second. It can support a resolution of 4K. It is capable of supporting 32 audio channels and it’s resolution is as high as 1536 kHz. With HDMI 2.0, you will be able to get dual streams. It also has CEC support.

HDMI 2.1: HDMI 2.1 can support Dynamic HDR. It has a resolution of up to 8K at 120 Hz. The bandwidth that it supports is 46 Gb/s. It can use standard, mini as well as micro connectors. HDMI 2.1 also supports new features, including enhanced audio return channel, variable refresh rate, quiche media switching, quick frame transport and auto low latency mode.

What is HDMI CEC?

The HDMI CEC technology has been available since version 1.2 of HDMI. The CEC allows you to control the devices that you are using through HDMI. With CEC, you will be able to use one remote control in order to control your audio devices, your TV, and all the other devices that you have connected via the HDMI connection. For example, you can use your TV remote to change the volume on your Blu-ray player.

First, you will need to make sure that CEC is enabled on any of your devices that you are using. Some devices do not really support CEC. However, most devices have support for this, and you just need to ensure that they have been properly set up.

When Should I Use HDMI?

HDMI is the most commonly recommended connection to use in most cases where you have to link audio devices together. For this to be successful, you need to ensure that both of your devices have an HDMI port.

A lot of modern devices include this port, but other old devices do not really have this port. With HDMI, you will only need to have one able in order to send both video and audio signals.

HDMI is a port on the computer that is able to transmit incomprehensible video and audio signals. HDMI ports allow you to transmit video signals in almost all kinds of resolutions.

You also get a lot of formats such as Dolby Digital us, Dolby TrueHD, and DTS HD master audio; there are a lot of versions of HDMI available such as HDMI 1.4, HDMI 2.0, HDMI 2.1. These new versions support a lot of features such as VVR, ALLM, and QMS. Most older versions do not support many features.