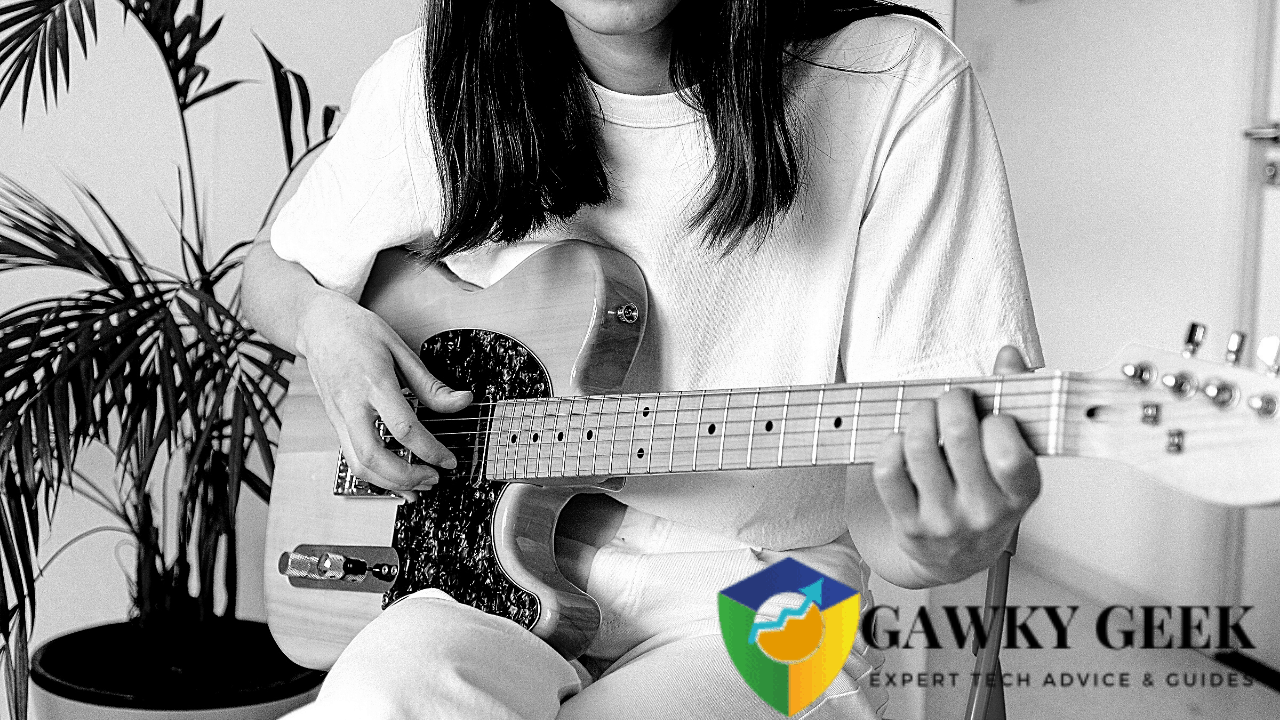 Playing guitar is one of the many relaxing activities I get to do when I want to focus my thoughts away from daily work routines. As you can notice, am just a guitar enthusiast and not a professional guitar player. Still, when it comes to remembering the guitar string acronyms, am not alone at finding them a little bit confusing, but how do you actually memorize and remember the string names on a guitar?

Guitar acronyms can easily be remembered by using the standard guitar shorthand acronyms which is a lot easy to memorize even for beginner guitar players. The complete list of the Guitar strings is E, B, G, D, A, E. And To remember the strings of a guitar, you can give them names like E for “Elephants”, A for “And”, D for “Donkeys”, G for “Grow”, B for “Big”, E for “Ears”. “Elephants And Donkeys Grow Big Ears”.

Before we go into details on different guitar string names and numbers, let us start by learning more about the guitar strings notes.

What are guitar string notes?

On a standard guitar, there are 6 strings with each string having a name and a number. Below is an example;

Looking closely you will realise how we have listed out the string names and numbers. The A string is also 5th string which you can often hear as “string name and string number”, and are used interchangeably.

When you don’t press on the fretboard while playing on any of the 6 strings, this is also referred to as “open string”. But to summarise the whole string notes, here is an overview of the string names and numbers.

So, why is the name and number strings important?

There is a reason why it is important to know the string names and string numbers, this is because guitars can easily be tuned differently, but it is tuned to standard tuning most times. This is the reason why it is important to learn guitar string notes and guitar string number and you also refer to the strings with their numbers as they don’t change.

The 6th string always remains, but the E string can be tuned to alternative tuning such as the D note, this is why you can’t refer 6th string as E string if is not tuned to E.

How do you remember the strings on a guitar?

There are many ways that have been developed to try to help people remember the strings on a guitar, here are some of the ways.

We can also start from the Thinnest string which is the 1st string instead of the 6th string which is also the Thickest string, whichever is easiest for you. The most important thing is to remember which way you are counting.

Now, we will look even deeper on some of the differences with the strings.

The reason the low E string or the thickest string is called the bottom string is that it is the lowest note you can play on a guitar and because it has the lowest pitch.

The reason the high E string or the thinnest string is called top string is that it is the highest note you can play on a guitar and because it has the highest pitch.

What is an open string?

When you don’t press on the fretboard while playing on any of the 6 strings, this is also referred to as “open string”. To explain plainly, when you play only the E string, then you are playing an open E string, and so does it work on other guitar strings.

The difference between a fret note and open string is that you need two fingers to push down on a fret, one to pluck a string and the other to hold down on a note, while with the open string you only need to pluck with just picking one hand with no fretting needed.

What is the best way to learn guitar chords?

You have to focus all your attention on the chords instead of the notes, they are the pillar of playing the guitar and without them, you just can’t play any music. Start by learning the music or songs that you love so much, this will help you enjoy playing and will also help you learn very fast.

How do I know what strings my guitar has?

Why are there 2 E strings on a guitar?

What gauge of guitar strings should I have?

Is open E tuning bad for a guitar?

What is the easiest key to play on the guitar?

The easiest key to play and learn on a guitar is the key of C major, this is because it does not have sharps or flats making it easy to remember and understand.

How many hours should you practice the guitar?

On average, you should practice the guitar for about 15 minutes to one hour every day, but if you will be practising for 20 to 25 minutes straight, you set time for short breaks for best result.

Is fingerpicking harder than strumming?

Strumming is much easier than fingerpicking because you play all the relevant note to the cord, while with fingerpicking you pick individual notes which require finger dexterity, making fingerpicking harder.

What is the easiest way to remember the strings on a guitar?

What is the acronym for the guitar strings?

The acronym EADGBE for guitar is simply defined as the mnemonic for the guitar strings. It has different meanings or can be presented with different definitions. Below is an example of some of the definitions of EADGBE.