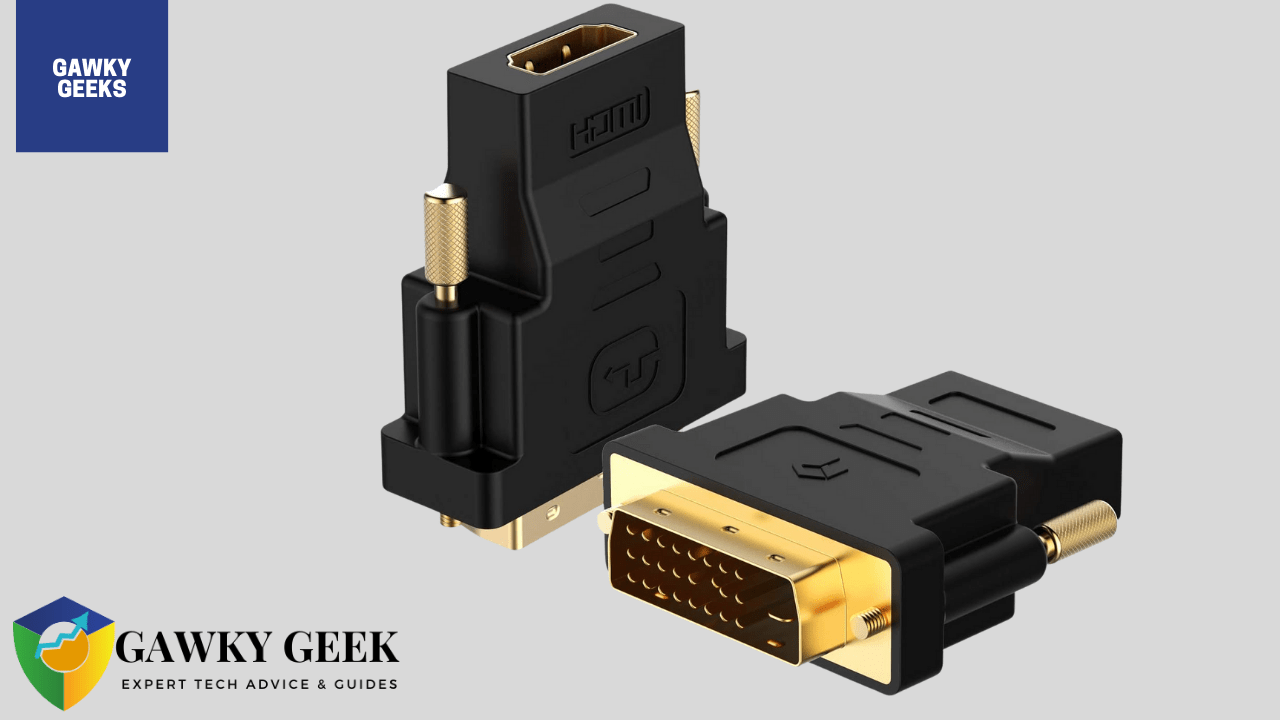 HDMI to DVI adapters are a huge part of many connections you can choose from to connect your computer to a TV or a monitor and vise versa. While both HDMI and DVI connections are digital, there is a huge worry that media files transferring between an HDMI to an output via a DVI adapter reduce picture quality. So, does HDMI to DVI adapter setup reduce video or audio quality?

HDMI to DVI adapters does not reduce the quality of the media files they transfer from the source to the output like a smart TV or Audio-video receiver. While HDMI cables and DVI adapters may have different resolutions, they can handle digital files without degrading quality.

Similarly, using an HDMI to DVI adapter will not lead to quality loss. This is because the encoding scheme that is used is the same. Therefore, giving you the same image or video quality without any loss. The HDMI to DVI adapter is used to transmit video output from an HDMI source such as a game console, TV or a computer to a DVI display device such as a monitor. DVI may not be able to play HD content because it does not have the HDCP support encryption that HDMI has.

DVI is very commonly used in desktop computer cables as well as those cables used in LCD monitors.

You can use a digital converter in order to connect a DVI to an HDMI port. With this, you can only transmit audio since DVI does not support audio. To transmit audio, you will need to have a separate cable. You can also connect DVI to monitors that have a VGA port.

DVI also connectors also come in a lot of types. There is a DVI-D connector which is a commonly used format. This format is used to connect LCD monitors to a DVI graphics card.

There is also a DVI-D connector. This had a dual-link and a single link form. The dual-link is faster than the single link. Dual-link is also suitable for large monitors. DVI-A transmits analog signals.

The results it gives are of high quality. DVI-I transmits both digital and analog signals. It can act as both a DVI-D and DVI-A cable. Therefore, you do not need to use a separate cable if you need an analog DVI or digital DVI. This is also available in dual-link and single-link forms

The HDMI is not usually used in Blu-ray players, HDTVs and most new computers. It is also used in other video devices like game consoles.HDMI is capable of streaming both digital video as well as audio at the same time. It can support 1920 x 1200 HD video support. It can support you to 8 channels when transmitting audio.

HDMI can also support HDCP encryption. Therefore, it can easily transmit HD content from devices such as Blu-ray content.

This is probably because DVI connectors are a little older than HDMI, which supports many features than the DVI.

HDMI is a great option if you want to connect a game console, Blu-ray, streaming device and any other device that supports 4k resolution. DVi is a great choice for 1080p monitors.

HDMI 2.1 is a new version of HDMI. This has a data rate of up to 42.6 gigabits per second. Therefore. It is capable of supporting very high resolutions and has a very high refresh rate.

It has a refresh rate of up to 144Hz and can support a resolution of up to 4K. HDMI can also work with HDR content. On the other hand, the maximum data rate of DVI is just 9.9 gigabits per second.

How to choose the best HDMI to DVI adapter

Sometimes, it will be hard for you to find the best HDMI to DVI adapter for your devices. There are certain things that you need to know in order to choose the best. When purchasing an HDMI to DVI adapter, you should look for certain issues like features, quality, compatibility and more.

The features that the adapter can support are very important when it comes to purchasing an HDMI to DVI adapter. HDMI is able to handle a lot connections.

It is capable of handling audio data, video data, ethernet connections and more. On the other hand, DVI does not support as many features as the HDMI. It only supports video data.

Therefore, you need to keep in mind that you will use features that are supported by both connections when you get an adapter. Features that are only supported by one will not be used. Avoid choosing HDMI and DVI cables that are very long because this can case signal problems and degradation. Some distance should sti be there when you are connecting two devices but it should only be that long.

An adapter is a very good way to connect HDMI and DVI devices. When choosing the adapter, you need to consider the standards that are compatible with your devices.

You can do this by first checking the ports you have on your device and if the connectors can be placed on those ports. Now, HDMI more common as compared to DVI. HDMI is now used on most laptops, game consoles and TVs.

Usually, an HDMI cable has 18 pins. This helps on ensuring that the cable is bake to carry all the signals such as HDTV, SDTV, and 4K properly. There are so many HDMI connection types. There is a standard type that is common. HDMI also has a faster, dual-link version with more pins and wider than mini version.

There is also a microformat of the HDMI, which is smaller than the mini version.

There are also different connection types for DVI. Some of these include DVI-A, the analog variety, DVI-D, which is a digital variety and DVI-I that can deal with analog and digital.

Build quality for the adapter is very important. You should choose adapters that are gold plated. These adapters help to prevent corrosion. The cables should also be protected and have additional shielding to ensure that they are protected.

Why Buy An HDMI To DVI Adapter

However, the audio will not be transmitted through the same cable. You will need a different cable for that. You can also use an HDMI to DVI cable for this. HDMI cables are more common and modern as compared to DVI cables. When purchasing devices, consider getting those that have an HDMI port because it supports more features and high resolutions as compared to the DVI.

There are so many HDMI to DVI adapters available on the market. Some of the best are:

The StarTech HDMI to DVI adapter works very well. This adapter offers HDMI male go DVI female connection as well as HDMI male to DVI male connections. The adapter has a great design and it is sturdy.

It also has gold plated pins and this helps to prevent corrosion. This is a great option if you are looking for an adapter that has unique male-to-female connections which are rare in most cases. It has a cable of a length up to 8 inches.

The Blueridge HDMI to DVI is a very good option if you want a high-quality adapter. It comes in various lengths. This has a build quality that is very good. The gold plating on the end helps in preventing corrosion and made of cables that are thick.

Cablecreation is an adapter that can work both ways. It can transmit up to 1080 HD content. It has a very good build quality. The design is good, and it lasts long. It is also wireless and very portable.

An HDMI to DVI adapter does not reduce quality. HDMI and DVI use the same scheme. Therefore, the resolution is the only thing that will be different, but the quality will be the same.