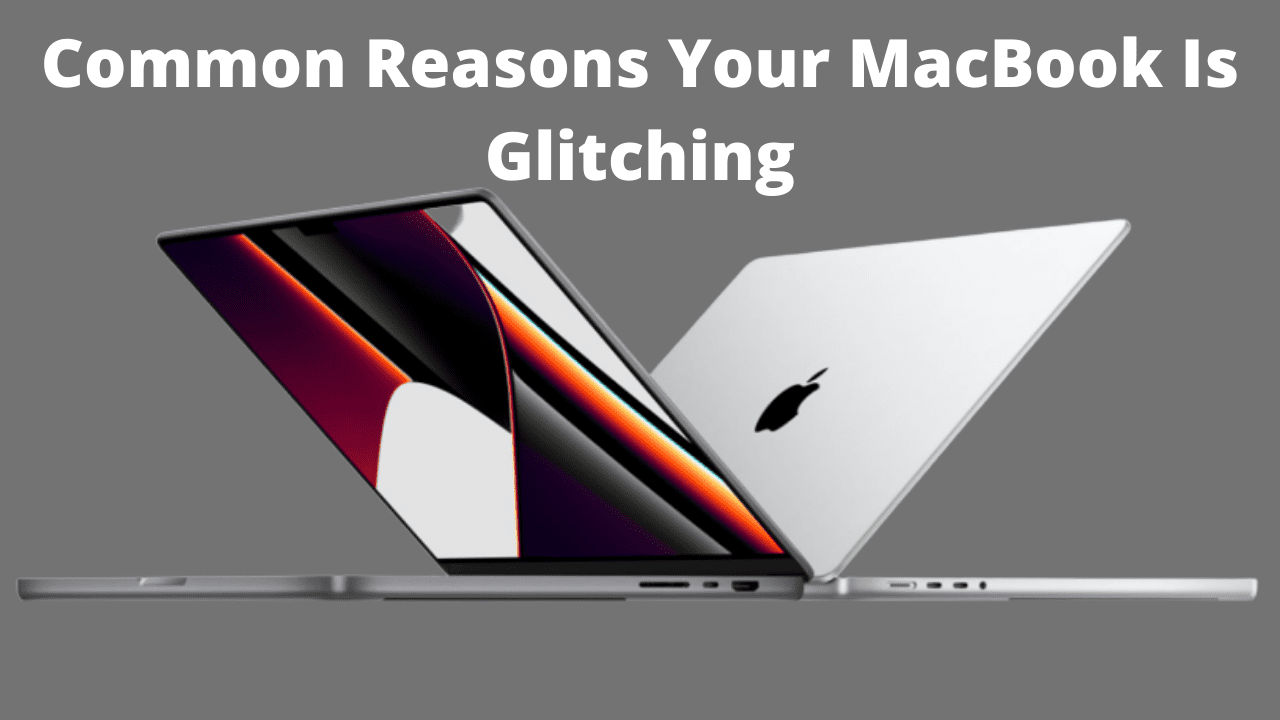 Apple’s MacBook laptops are known for their sleek design and quick processing speeds. Still, many users report laptops’ glitches that they believe are caused by outdated software, bloated cache memory, or iBoot issues. While it’s possible that a virus or any other malicious software is to blame, many of these users believe that the root cause of the problem is outdated software and hardware.

So if you’re experiencing similar problems with your MacBook, it may be worth checking to see if any of these listed factors are causing them. But first, why is my MacBook Air glitching?

Some common reasons why MacBook glitches can be caused by outdated software, internal peripheral failures like failing to start up, browser compatibility, and failed bug fixes. Other glitching reasons include running out of disk space and overloading the CPU.

Below is a more detailed explanation of why you have a glitching Macbook.

1. MacBook glitches due to outdated software

Despite their elegant appearance and long-lasting construction, MacBook notebooks aren’t immune to glitches. According to a recent report, MacBooks are experiencing issues with outdated software, causing the computers to glitch. This problem is pervasive among MacBooks running on the latest macOS High Sierra update. Apple has already released a patch to address the issue, but many users have yet to install it. So if you’re experiencing problems with your MacBook, it’s important to check if there’s an updated software version available and install it if necessary.

Glitching due to an internal peripheral failure is most commonly seen with the latest MacBook models, which have an Intel Core i5 or i7 processor. Symptoms of this issue include the laptop not recognizing external devices and failing to startup. In most cases, it can be easily resolved by replacing one or more internal components.

Whether you are dealing with MacBook glitching due to software issues or Apple’s Touch Bar and Touch ID, these are major changes made to the MacBook Pro line. The two were released as part of a mid-cycle refresh in 2016, but they’ve seen some issues.

3. MacBook glitches due to browser compatibility

Many MacBook users have reported that their computers are glitchy and difficult to use because of incompatibility issues with some browsers. The most common culprit seems to be Google Chrome, which has been known to cause problems on various computers. If you’re experiencing problems with your browser, check your computer’s compatibility ratings and try using an alternate browser if one is available.

If switching between your browsers is all you need to do, I recommend that you switch to a better one soon after checking your computer’s compatibility.

If you’re experiencing problems with your browser, your computer isn’t compatible with the software or website you’re trying to access. Make sure to check your computer’s compatibility before attempting to fix the problem yourself.

Some users have reported issues with their computers since the release of Apple’s new MacBook Pro update. These issues range from crashed programs and corrupted files to battery life that is significantly worse than before the update.

While these problems may not seem like a big deal at first, they could potentially damage your computer if not fixed. Therefore, if you’re experiencing any of these problems, it’s important to take care of them as soon as possible to continue using your laptop without issue.

A computer’s performance can be impacted by various issues that may not seem major. However, these problems could lead to slower performance and damage the computer if left untreated.

5. Running out of disk space

Having too little free disc space is a major contributor to a sluggish computer. To ensure your computer has enough room to store files, regularly delete old files and empty the recycle bin. If you constantly run out of disk space, consider purchasing a larger hard drive or upgrading to a more advanced computer.

While running out of disk space may not be on your radar, it can cause your computer to slow down noticeably. This is because the computer has to spend time searching for new files to store on the hard drive instead of doing what it’s supposed to be doing, which is running programs.

If you’re using a lot of storage space and your computer is feeling sluggish, consider freeing up some space by deleting old files or moving them to another location on the hard drive.

Like disk space, overloading your CPU can cause your machine to perform slowly.

In computing, overloading a CPU refers to using more resources than the CPU was designed to handle. CPUs are designed to hold a certain amount of workload before becoming bottlenecked. If you try to force the CPU to do more work than it was designed to, it can cause the machine to slow down or even crash. Overloading your CPU can also lead to other problems, such as instability and data corruption.

Overloading your CPU is usually not a good idea. It can lead to instability, data corruption, and even slow down or crash your computer. If you’re trying to do something that requires more resources than your CPU can handle, consult your computer’s documentation or ask someone else for help. Overloading your CPU may seem like a quick way to speed up your machine, but it’s likely not worth the risk.

How to Fix MacBook screen glitching

MacBook glitching has been a topic of discussion for many people. Some say it’s just a glitch, while others say it’s something more sinister. Regardless of what you think, MacBook glitching is a fascinating issue that should be investigated.