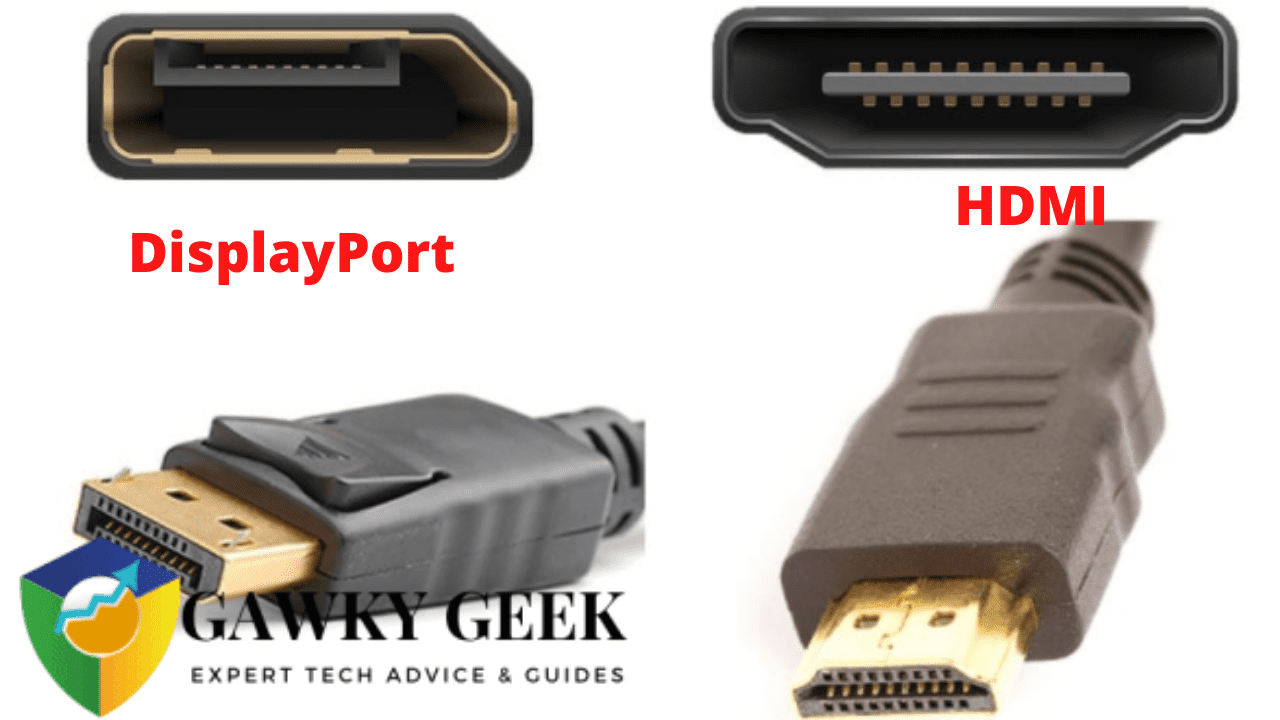 The DisplayPort is the most recent digital connection to fill a gap left by the demise of DVI and HDMI as the only two digital players in the market.

DVI is likely to be phased out soon since the organization that developed it is no longer there to update the technology. HDMI is not an open platform since it is a royalty-based product developed by a business named Silicon Image and thus is not available for free.

Consequently, in response to the limitations of both DVI and HDMI, a new standard, known as the DisplayPort, was established. Now the question is can you use HDMI and DisplayPort at the same time?

If your computer has both, it will handle both HDMI and DisplayPort simultaneously. A handful has this built-in, but the most will need dongles.

You can connect both, but it shouldn’t matter since Displayport and HDMI are both digital video standards. In either case, the same pixels are delivered to the display.

HDMI is often treated differently by televisions. They believe HDMI is a video for television and perform a variety of processing to enhance the video picture (which is undesirable when showing text and windows).

They do not handle DP/DVI/VGA signals. If your display has certain video processing capabilities, connecting through HDMI may make a difference. However, the image will very certainly be the same with either DP or HDMI.

Your computer’s video player software may have image processing capabilities. Generally, streaming video does not. However, if you’re playing video files that you’ve downloaded to your computer, I recommend utilizing VLC. It may make use of the ffdshow video decoder, which has a multitude of image editing capabilities.

HDMI vs DisplayPort: What is the Difference Between HDMI and DisplayPort?

Explain what a DisplayPort and HDMI Are?

HDMI is most frequently used with televisions, transmitting both video and audio data in high definition over a single cable for a simple, clean setup. There have been many HDMI versions, each one improving on the last.

While DisplayPort appears identical to HDMI, it is more used on PCs than on televisions. It retains high-definition video and (in many instances) audio capabilities.

Why you should consider DisplayPort or HDMI?

HDMI incorporates a Return Channel (ARC). This is advantageous if you want to connect a television to a home theater system.

When you watch television, the sound from the broadcast is transferred to your home theater system. Additionally, an HDMI cable may be used to connect to the internet.

Are you looking to connect a laptop to a display using an HDMI cable that supports this feature? Your laptop will have an internet connection speed of up to 100MB/s.

Additionally, you may connect a gaming console such as the PlayStation 5 or Xbox Series X through HDMI to your television or monitor. That is why, in nearly all situations, an Ethernet connection is preferable.

How to choose between a DisplayPort and HDMI cable for your needs?

Whichever port you select is determined by the capability of both your display and video card. To make use of HDMI 2.1’s capabilities, for example, you’ll need a display with an HDMI 2.1 connection as well as a video card with an HDMI 2.1 port—if any of them is running HDMI 2.0, you’ll be unable to utilize the newer features.

Therefore, inspect each link in the chain before purchasing a cable to ensure that you choose the optimum combination for optimal performance.

Some of the factors that you may consider when choosing include the type of connectors, durability, length as well as whether it’s gold plated or not.

Choosing the right cable to connect your devices

Does DisplayPort have better quality than HDMI?: Due to the fact that many televisions, graphics cards, computers, and monitors only provide one choice, this may often push your hand into one or the other.

When you do have a choice, it’s essential to consider how you’ll use the external display and which characteristics are most important to you.

When HDMI is optimal: Typically, HDMI prevails when the television is involved. Its simple, single connection is perfect for customers who wish to link their PC to a larger sitting room display or even a meeting rooms screen at work. The most recent versions support amazing resolution and eARC.

When DisplayPort is the best option: DisplayPort provides more flexibility and power to customers who want to set up several monitors for video games or intensive business desktop stations.

Additionally, the locking feature is great for those worried about inadvertently yanking the plug and losing sight while doing critical tasks.

HDMI Standards: What matters when choosing an HDMI cable?

Connectors plated in gold – Without gold plating, cable connections may accumulate rust over time and need cleaning or replacement. Due to the fact that gold plating is resistant to oxidation and corrosion, gold-plated connectors should ensure that the cable continues to function at a high level forever.

Gold plating is suggested for complicated systems and difficult-to-replace or repair wires, such as those installed in walls. Investing in a high-speed HDMI cable with gold connections is the best way to guarantee a long-lasting, high-quality image.

Cable lengths: Opinions differ on the maximum length of an HDMI cable that may be used without the need for an active signal enhancer. The quality of the cable, the age, and condition of your components, as well as the video resolutions you want to attain, all influence the distance that can be sent.

DisplayPort, abbreviated DP, is an audio and visual interface standard developed and maintained by the Video Electronics Standards Association (VESA).

DisplayPort is mainly used by personal computers, laptops, and projectors. It was originally designed to replace previous visual interfaces such as DVI and VGA.

DisplayPort connections are available in two sizes: standard and mini (mDP). While the shapes of these connections vary, they each contain twenty pins and offer the same functions.