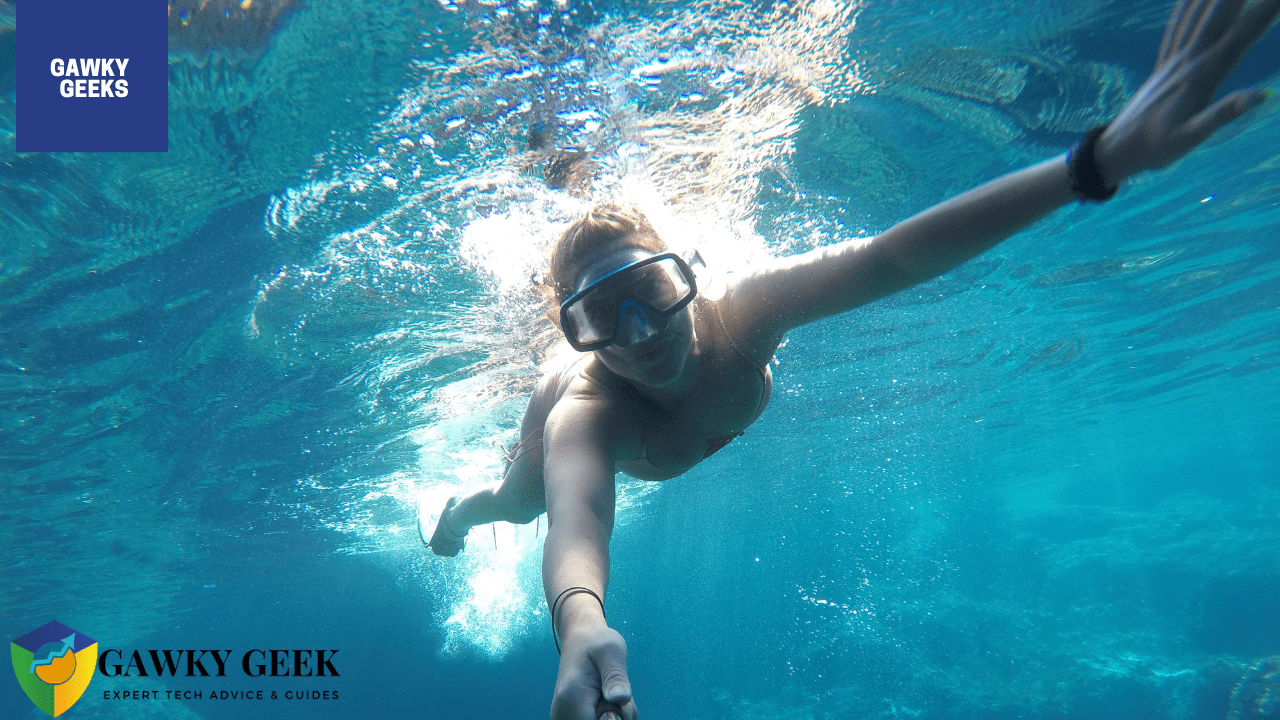 Ever wondered if you can shower or swim with your Apple watch?

When you are showering, things like applying soap, soapy water and shampoo are mostly involved in the act of bathing. These things can damage your Apple Watch and have a negative effect on the water resistant feature of your Apply watch and eventually the water resistance will wear off. When you see that you are about to do activities involving water, make sure that the water Lock feature is turned on on your Apple Watch.

Always keep in mind that your Apple watch is water resistant but not waterproof meaning your Apple watch can be worn during exercise as sweetness does not have an impact on the watch, when walking in the rain and when washing hands although it’s not much recommended.

Can I go swimming or take a shower with my Apple Watch?

Apple Watch Series 2 and the new kinds of Apple Watches can be used for rather some activities that require you to be in shallow waters like swimming in a pool or ocean. Having known this information, it is also important for you to know that you should not use these newer versions for Scuba diving or in waters where there is a high velocity and that require you to be submerged below shallow depth.

The newer versions of Apple Watch and the Apple Watch series 2 say showering with the Apple watch is okay but it is not recommended due to the presence of soaps, shampoos, lotions, conditioners and perfumes which are bad to the Apple watch as they negatively affect the water seals and acoustic membranes. When it comes to cleaning the Apple Watch, you should clean it using freshwater with the aid of a dried lint-free cloth when it comes in contact with another form of liquid apart from freshwater.

The most important thing you should know is that water resistance is not a permanent condition and it wears off with time. The problem with this is that the Apple Watch can not be rechecked or resealed for water resistance. Here are the following factors that may affect the water resistance of your Apple watch and should at all cost be avoided:

Your Apple Watch exposure to soap or soapy water especially when showering.

Your Apple watches exposure to high-velocity water for example when water skiing.

The act of wearing the Apple Watch in the sauna or steam room.

Be careful in the brands that you use like stainless steal or leather bands.

What should I do if my Apple Watch gets wet?

In the situation that your Apple Watch gets in contact with splashes of water, take a nonabrasive lint free cloth and then wipe it using the cloth. Avoid using hear, any form of spray or compressed air. Make sure to clean your Apple Watch and then let it dry, plus the band and your skin when you just finished working out. If you were swimming, after the activity make sure to rinse gently the Apple Watch series 2 and if it’s a newer version, with clean and warm tap water. If they were exposed to freshwater, make sure you let it dry thoroughly.

If you ever find yourself in a situation that your Apple Watch has gotten wet and you can hear some muffled sounds from your speaker, here are the steps you can follow to fix this: firstly, make sure that you do not place anything into the openings like a microphone or speaker ports and do not do the mistake many people do of shaking the watch to remove water.

Secondly, give your watch ample time to charge overnight which helps in speeding up the evaporation process. In the case that you own an Apple Watch series 3, measurements from the barometric altimeter may be less accurate if water gets into the air vent (for example, during swimming). Normal altimeter performance returns after the water has evaporated.

The good thing about an Apple watch is that it automatically locks itself when start indulging yourself in swimming activity. The screen is automatically locked in a feature called water lock. This is done so to avoid the person accidentally tapping the Apple watch. In the case that you are done with your swimming workout, you can turn the digital crown with the aim of unlocking the Apple Watch’s screen. Clear any form of water from your Apple Watch before you unlock itm You might find yourself feeling some water on your wrist or worse still hearing some distorted sounds, if this is the case then you can do the manual way of clearing the water from your Apple Watch, by swiping up on the bottom of the watch face and then you visit the control center and then you select water lock and then the digital crown is turned to unlock the screen and then you can go ahead and then clear the water from the speaker.

The first step is to see if any water comes out of the watch finding out if there is water in the microphone or speaker by putting the Apple Watch side down onna non-abrasive lint free cloth. Water that enter the speaker might lead to distorted sounds and it will have poor sound until the water evaporates.

The IPX7 is the rating these Apple Watch series 1 and Apple watch of the first generation possess which is under the IEC standard 60529. The newer versions plus the Apple series 2 are equipped with a water resistance of 50 meters which is under the act of the ISO standard 22810:2010.

Remember and keep in mind not to indulge yourself in any activities involving water without turning on the Water Lock. You can choose to wear your apple watch when sleeping or in the morning hours. Just to add to that, although you can still shower with your Apple Watch, please do not.

Further information on why you should not wear your Apple watch when showering.

Water-resistance wears off with time

Apple is well aware of this condition and it knows that watches can not be resealed that it why you are given instructions on how to take care of the Apple watch for it to not be destroyed by water. Exposing your watch to substances like soap, shampoo, detergents, lotions, perfumes affect the water resistance of the Apple watch as it negatively affects the water seals and acoustic membranes on the device.  If you are stubborn enough to shower with your watch, just make sure to turn on the Water lock.  This feature locks an Apple Watch’s screen to avoid accidental taps while swimming and during other water-based activities. To manually activate this feature:

2. Make use of your fingers and then scroll to the water lock icon and it’s easily noticable as it looks like a water droplet.

3. Press on the icon with the aim of putting the water lock feature into activation. You will notice a blue water droplet appearing in the center of the watch face when you activate this important feature.

4. The last step comes when you are done with your showering activity, be civilized and turn off the water lock feature by turning the Digital Crown until the blue teardrop fills the circular icon. A number of sounds will be made once the watch is unlocked with the aim of clearing water from it’s speakers.

link to Can You Use Your Own Router With Vodafone Broadband?

Both the Vodaphone internet broadband and mobile services are very popular in the united kingdom due to the reliability and fast connection. The popularity of Vodafone also gave rise to the use of...